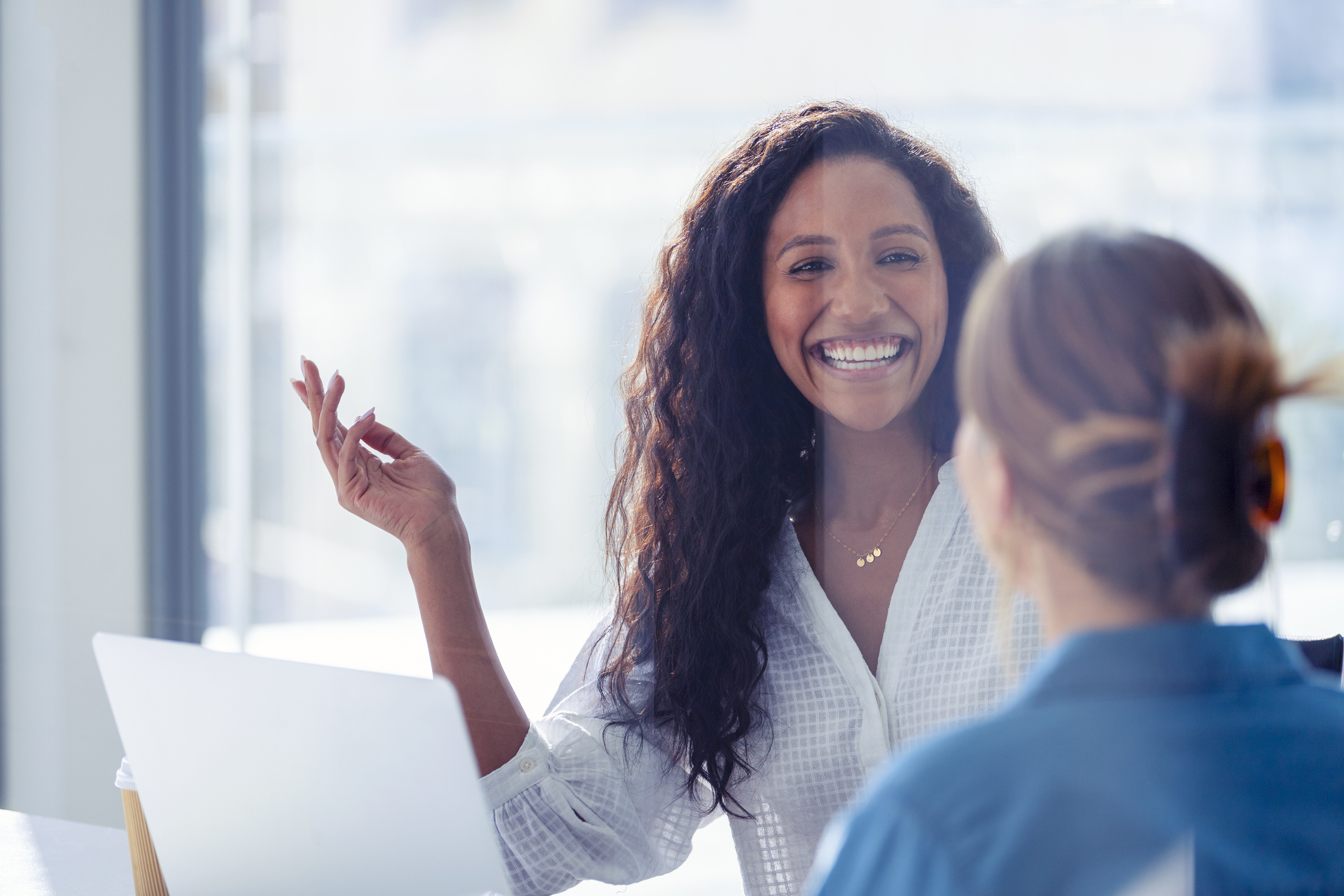 The Role of HR in a Recession

The prospect of a recession has many businesses and their employees worried. During an extended economic decline, sales drop, jobs disappear, and productivity decreases. Companies have less revenue to invest, and their customers have less money to spend. With their lives shaken by financial instability, people are more motivated to play it safe and less inclined to take risks.

With the possibility of a recession on the horizon—and the inevitability of a recession eventually at some point—everyone working in HR ought to be prepared for when it strikes. A recession hits more than just bank accounts: stress grows, tensions mount, and morale falls. People become less productive simply because they’re preoccupied by their personal finances. Each of these conditions affects the bottom line.

HR’s role in a recession is to mitigate stress, resolve tensions, maintain morale, and ensure that employees continue to be rewarded for their hard work. This is what HR should be doing all of the time, of course, but these tasks are especially important during economic downturns. Drawing on respect and empathy as guiding principles, HR can help their organizations and employees navigate the challenges that emerge during a recession.

Heightened Uncertainty About the Future

As a recession nears or begins in earnest, employees worry about how it might affect them. Will their pay be cut? Will they lose their jobs? Will their retirement savings evaporate? It’s difficult for anyone to plan or act when they don’t know what’s going to happen. For some people, waiting for the possibility of bad news induces as much anxiety as receiving that bad news.

Whether a company is booming or struggling, its leadership should be as transparent as possible. If the business looks poised to do well despite the overall downturn, it should deliver that message to employees and give them that confidence. If navigating the recession will demand more efficient work from everyone, leadership should clearly communicate that without sugarcoating the consequences if those goals aren’t met, and it should show its appreciation when those goals are achieved. Whatever the case, leadership should never mislead employees. Employees will eventually find out that dishonesty—and will remember not to trust their leaders in the future.

A recession doesn’t hit everyone in a company the same way. Even if an organization fares well, the finances of its employees may not be in good shape. For example, their 401(k)s may be tanking. Or an employee who just received a raise might struggle to pay their rent, because their spouse or partner lost their job or their roommate had to move away.

Employees’ experiences during a recession will vary widely. Some may take bad news harder or feel less celebratory when there’s good news to share. Leadership shouldn’t assume that employee morale is high just because quarterly financials are on the rise. In times like these, empathy is invaluable. HR needs to keep up to date on what their people are feeling and point them in the direction of helpful resources.

Unfortunately, recessions can sometimes lead to layoffs. A layoff occurs when an employer terminates the employment relationship because there’s no work available for the employee to do, the company can’t afford to pay the employee, or the company is on the verge of closing completely. Layoffs are stressful for everyone, but conducting them poorly increases that stress unnecessarily, makes lost revenue even more likely, and may expose companies to liability. When considering and administering layoffs, HR should keep the following in mind:

A company should be sure to understand its compliance obligations regarding layoffs. The federal Worker Adjustment and Retraining Notification Act of 1988 (the “WARN Act”), which applies to employers with 100 or more full-time employees, requires 60 days’ notice before a mass layoff or business closure. Many states have their own versions (called “mini-WARNs”) that kick in at a lower employee count. State unemployment insurance law may have notice requirements as well.

Leadership should be doubly sure that layoffs are absolutely necessary and that they’re letting the right number of people go. Layoffs mean less work gets done—period. Unless the company is shutting down, it needs at least enough people remaining to keep the business running. Quickly rehiring people after underestimating how much work needed to be done to stay afloat won’t inspire confidence and will likely lead to confusion about shifting job duties.

Leadership should determine whether the layoff will be temporary or permanent. If a company intends to rehire laid off employees later, it should let them know and keep them apprised of developments or changes in the business plans; otherwise it will be scrambling if it’s ready to rehire workers at some point and no one can or wants to return. Also, given the waiting times for unemployment insurance, being on-again, off-again with employees can seriously interfere with their income.

Layoffs should be fair and nondiscriminatory. Layoff decisions should be based on legitimate business reasons—and those reasons should be well documented.

Organizations must comply with laws regarding final pay. Many states require that a company pay an employee much sooner than their next regular pay day if they’re discharged or laid off. When state law doesn’t address layoffs specifically, companies should consider using the deadline that applies to terminations. If state law doesn’t set a deadline for final paychecks at all, it’s a good idea to pay no later than the next regular payday.

In addition or as an alternative to layoffs, a company might consider reducing hours or pay. In this situation, too, there are rules to follow—and morale is sure to take a hit.

Employers generally have the right to reduce the number of hours an employee works. A company that plans to send an employee home before the end of their shift should check state law for reporting time pay. Other restrictions may apply as well—it’s important to review any applicable contracts as well as relevant state or local laws. Exempt employees aren’t paid by the hour, however, so simply reducing their hours won’t in itself lower their pay and save the company money.

When an organization still needs a lot of work done but can’t make the finances work, pay cuts may be the best option. A company can reduce the rate of pay of nonexempt employees as long as it keeps pay above the federal, state, and local minimum wages, still pays overtime when applicable, and doesn’t make the change retroactive.

It can also reduce the salaries of exempt employees as long as they don’t fall below the federal and state minimum salary thresholds and, as with nonexempt employees, the reduction in pay isn’t retroactive. In addition, to avoid violating the salary basis requirement for exempt employees, any change should be ongoing rather than frequently fluctuating. Federal law doesn’t require advance notice of pay reductions, but some states do, so it’s important to check the relevant state’s requirements.

If a company needs to reduce exempt employee pay below the minimum salary threshold, it will need to reclassify those employees as nonexempt, pay them at least the minimum wage and overtime as required by law, and provide them with any legally required breaks. It’s important to avoid reclassifying employees on a short-term basis, however, because doing that can make a company look like it’s trying to avoid the rules.

As with layoffs, all decisions regarding cuts to hours or pay should be made in a fair and nondiscriminatory manner—and must be thoroughly documented.

When money is tight, companies must make sacrifices. But they also need to remember their commitments and consider the consequences of casting them aside. For example, if an employer had stated a commitment to improving diversity, equity, and inclusion (DEI) but then quickly opted to cut that program to help make ends meet, its employees would no doubt question whether the DEI initiative was ever truly a priority. All the work done as part of that effort could be jeopardized, and the company’s reputation in the labor market could suffer.

When deciding what programs and practices to stop, organizations should proceed cautiously. People assess an organization’s values based on where it spends (and doesn’t spend) money. What does a company’s choices say about its values? Every action communicates a message.

If an organization really has no choice but to cut programs and practices that speak to its values and commitments, it must communicate these decisions to employees thoughtfully. Transparency is key, as is following through again on these commitments when the company is back on its feet.

Money problems weigh heavily on most people. Patience wears thin, the ability to collaborate with others deteriorates, and peaceful environments become pressure cookers. In the event of a recession, it’s very likely that people will lose their temper more quickly, longstanding conflicts will escalate, and new drama will erupt. Rather than be tolerated, though, behavioral and performance issues must be addressed right away. Leadership should remind everyone that they’re all working for a common purpose, teach their teams effective communication skills, and practice conflict resolution strategies. Ignoring drama or otherwise allowing it to fester will only hasten the best employees out the door

Recessions are difficult, and getting through them sometimes require hard choices. Treating people with respect and empathy sets everyone up for success in the long run. By being prepared to address recession-related challenges as they arise, HR can guide their organizations and employees through these difficult periods.