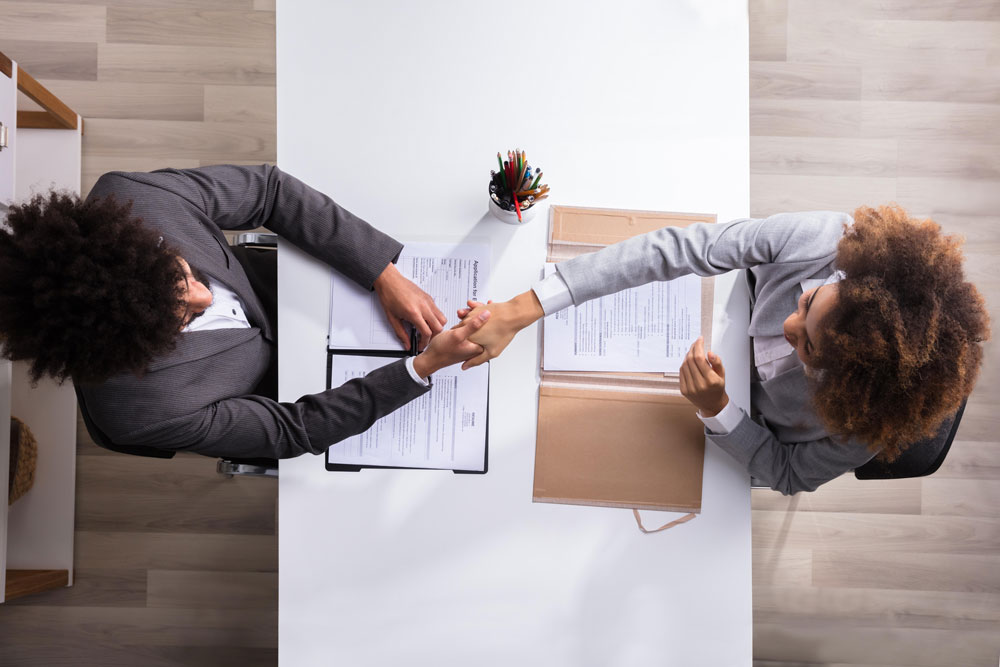 If you’ve ever been interviewed for a job, you’ve most likely heard, “Do you have any questions for me?” If you’re asked this question, the answer should always be yes. Coming with a prepared list of questions displays your interest in the position, leaving a favorable impression on the hiring manager. Asking questions also gives you a better understanding of whether the job is right for you.

Before your interview, think of at least three questions to ask your potential employer. If you don’t, you may appear unprepared for the interview or uninterested in the job. Not sure what to ask? Here are the 5 best questions to prepare for your next interview.

1. What does the day-to-day routine look like for someone in this position?

You should already be familiar with the position’s responsibilities from the job posting but consider asking about what a typical day or week would look like. This can give you a glimpse into the workplace and uncover which responsibilities are most important daily.

2. What do you expect someone to achieve in the first month/first 90 days/first year on the job?

By asking this question, you show the hiring manager that you are dedicated to contribute as early as possible. The hiring manager’s answer can also reveal the pace at which you are expected to work. For example, some jobs have long training periods while others have you fully immersed in responsibilities on the first day.

3. What are the characteristics of someone that would succeed in this role?

Hiring managers don’t want someone doing an average job; they want someone who can excel in the position. After you know what characteristics a hiring manager finds important, you have the chance to explain how you exemplify those traits. This question also shows the hiring manager that you care about being an exceptional employee.

4. What are the biggest challenges that someone in this role would have?

Like the previous question, asking about challenges you may face gives you the opportunity to discuss how you’ve approached similar situations. This shows the hiring manager your problem-solving skills–one of the most sought after soft skills that can’t be shown on a resume.

5. How would you describe the company culture?

It’s important that you feel aligned with company values before deciding if a position is right for you. Asking this straightforward question can display what leadership style the company uses and what the company does to support their employees. For a more personalized answer you can even ask the hiring manager what their favorite part of working at the company is.

BONUS: Ask about something previously mentioned.

While the above are thoughtful questions to ask, think about asking a question that relates to something you’ve already talked about in the interview. This shows that you were engaged and genuinely interested during the interview. For example, if the hiring manager talked about a certain project you may work on, consider asking, “Could you elaborate more on the project you discussed earlier that this position would take on?”

There are many great questions to ask during an interview, but there’s also a few to avoid. While each company has a different hiring process, these questions will help you ask the right questions at the end of every interview.